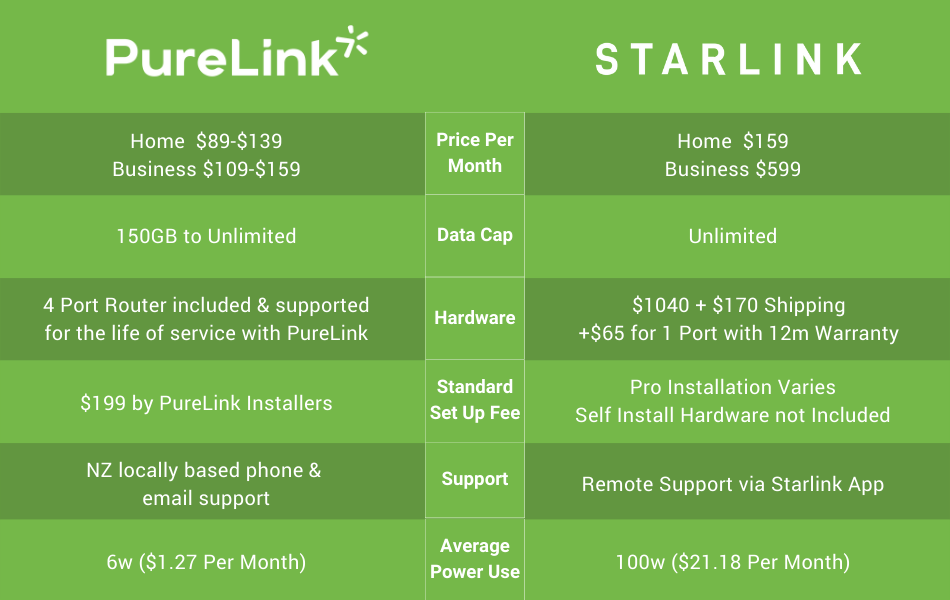 If you’re a fan of the internet (aren’t we all), you have probably heard of Starlink. Starlink is a satellite internet constellation created by eccentric billionaire Elon Musk and operated by SpaceX. It currently provides satellite internet access across 40 countries and aims to be a global mobile phone service after 2023.

As an internet provider ourselves, we were curious. Would this satellite system live up to all the hype? We conducted tests using our own Starlink, and here’s what we discovered.

The most significant difference we found between PureLink and Starlink is the support services. Our support team is locally based and available to tend to your support needs over the phone or in person within office hours, and we also respond to voicemails outside of office hours.

Starlink, on the other hand, only offers customer support via their web portal, and replies can take up to 48 hours, which is a long time for your home or business to be without internet if issues occur.

PureLink offers a range of prices and services to suit your home or workspace needs.

However, upfront costs for Starlink hardware are over $1000 in New Zealand, and internet connectivity is unavailable in some areas. This cost does not include installation, which leaves many users with the challenge of climbing onto their rooftops to install their dishes (or paying someone to do this).

Starlink has also increased its monthly price since its launch about a year ago, which could mean prices may rise again.

Our team frequently noticed high latency (time delay of data to get where it needs to go) while using Starlink’s service, especially during peak hours. High latency can cause issues with voice calls via Microsoft Teams, Zoom, and more, which is not a good look when conducting business calls.

Although Starlink speed tests may report incredible speeds, the user experience is lacking due to fluctuating speeds. An Ookla speed test discovered that speeds have seemingly slowed as more people have joined the service. The report, which uses data from Speedtest.net, found that median download speeds dropped between five and 54% between 2021 and 2022 in many countries, including America, Canada, and New Zealand.

This issue is especially prevalent in densely populated cities as everyone using the same provider is sharing bandwidth from passing satellites, which slows down internet speeds.

These fluctuating speeds are frustrating when trying to enjoy downtime at home or get work done. Internet speeds are also likely to worsen as more people join the service.

Starlink has had many reports of intermittent outages lasting for hours. Starlink’s limited support combined with these intermittent outages could cause huge issues because if a problem occurs, this could prevent you from using the internet for 48 hours, which could seriously impact work or day-to-day activities.

We believe that Starlink is not the best option when it comes to internet providers due to their limited customer support, high upfront costs, high latency, fluctuating speed, and intermittent outages. If you have access to a fixed wireless service from PureLink, the combination of speed, price, and local support makes us your best bet when looking for high-speed and reliable internet in New Zealand. 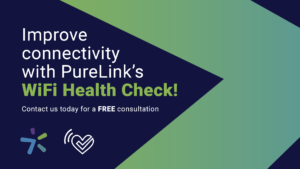 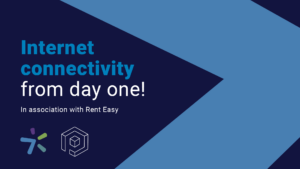 PureLink and Rent Easy Partner to Give Tenants Internet on Day One! 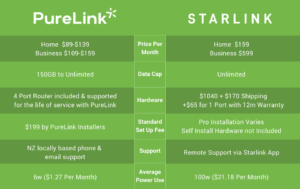 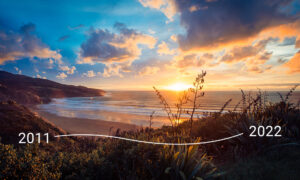 From Wanna to PureLink. What’s the story?